DehydraTECH is covered by 25 issued and more than 50 pending patents in over 40 countries around the world. Lexaria’s first patent was issued by the U.S. Patent and Trademark Office in October 2016 (US 9,474,725 B1), providing 20 years of patent protection expiring June 2034. Multiple patents have been awarded since then and are expected in the future.

Lexaria began developing DehydraTECH in 2014 and has since continued to strengthen and broaden the technology. The company has no plans to create or sell Lexaria-branded products containing controlled substances. Instead, Lexaria licenses its technology to other companies around the world to offer consumers the best possible performance across an array of ingestible product formats.

The company’s technology is best thought of as an additional layer that providers of consumer supplements, prescription and non-prescription drugs, nicotine and CBD products can utilize to improve the effectiveness of their own existing or planned new offerings. Lexaria has licensed DehydraTECH to multiple companies, including a world-leading tobacco producer for the research and development of smokeless, oral-based nicotine products, and for use in industries that produce cannabinoid beverages, edibles and oral products.

DehydraTECH is suitable for use with a wide range of product formats including pharmaceuticals, nutraceuticals, consumer packaged goods and over-the-counter capsules, pills, tablets and oral suspensions.

Lexaria’s DehydraTECH is designed specifically for formulating and delivering lipophilic (fat-soluble) drugs and active ingredients. DehydraTECH increases their effectiveness and improves the way active pharmaceutical ingredients enter the bloodstream. The major benefits to a subject ingesting a DehydraTECH-enabled drug or consumer product can be summarized by the following:

Lexaria has demonstrated in animal studies a propensity for DehydraTECH technology to elevate the quantity of drug delivered across the blood-brain barrier by as much as 1,900 percent, initiating additional new patent applications and opening possibilities for improved drug delivery.

Since 2016, DehydraTECH has repeatedly demonstrated, with cannabinoids and nicotine, the ability to increase bio-absorption by up to five to 10 times, reduce time of onset from one to two hours to just minutes, and mask unwanted tastes. The technology is to be further evaluated for additional orally administered bioactive molecules, including antivirals, cannabinoids, vitamins, non-steroidal anti-inflammatory drugs (NSAIDs) and nicotine.

Chris Bunka is Chairman and CEO of Lexaria Bioscience Corp. He is a serial entrepreneur who has been involved in several private and public companies since the late 1980s. He has extensive experience in the capital markets, corporate governance, mergers and acquisitions, as well as corporate finance. He is named as an inventor on multiple patent innovations.

John Docherty, M.Sc., is the President of Lexaria. He is a pharmacologist and toxicologist, and a specialist in the development of drug delivery technologies. He is the former president and COO of Helix BioPharma Corp. (TSX: HBP). He is named as an inventor on multiple issued and pending patents.

Greg Downey is Lexaria’s CFO. He has more than 35 years of diverse financial experience in the mining, oil and gas, manufacturing, and construction industries, and in the public sector. He served for eight years as CFO for several public companies and has provided business advisory and financial accounting services to many large organizations.

Gregg Smith is a strategic advisor to Lexaria. He is a founder and private investor with Evolution VC Partners. He is a member of the Sand Hill Angels and held previous investment banking roles with Cowen and Company and Bank of America Merrill Lynch.

Dr. Philip Ainslie serves as a scientific and medical advisor to Lexaria. He is co-director for the Centre for Heart, Lung and Vascular Health, Canada. He is also Research Chair in Cerebrovascular Physiology and Professor at the School of Health and Exercise Sciences, Faculty of Health and Social Development at the University of British Columbia. 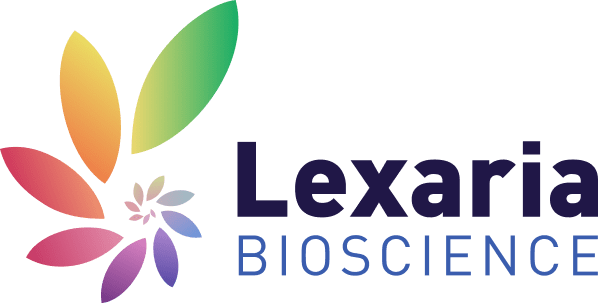